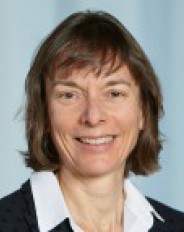 After this, she worked as a postdoctoral researcher at Yale University, New Haven, before transferring to California, where she was an assistant professor (1997-2002) and associate professor (2002-2006) at Santa Barbara’s Materials Department, the University of California. In 2006 she was appointed as a Full Professor at the same university.

Visit her webpage at ETHZ.